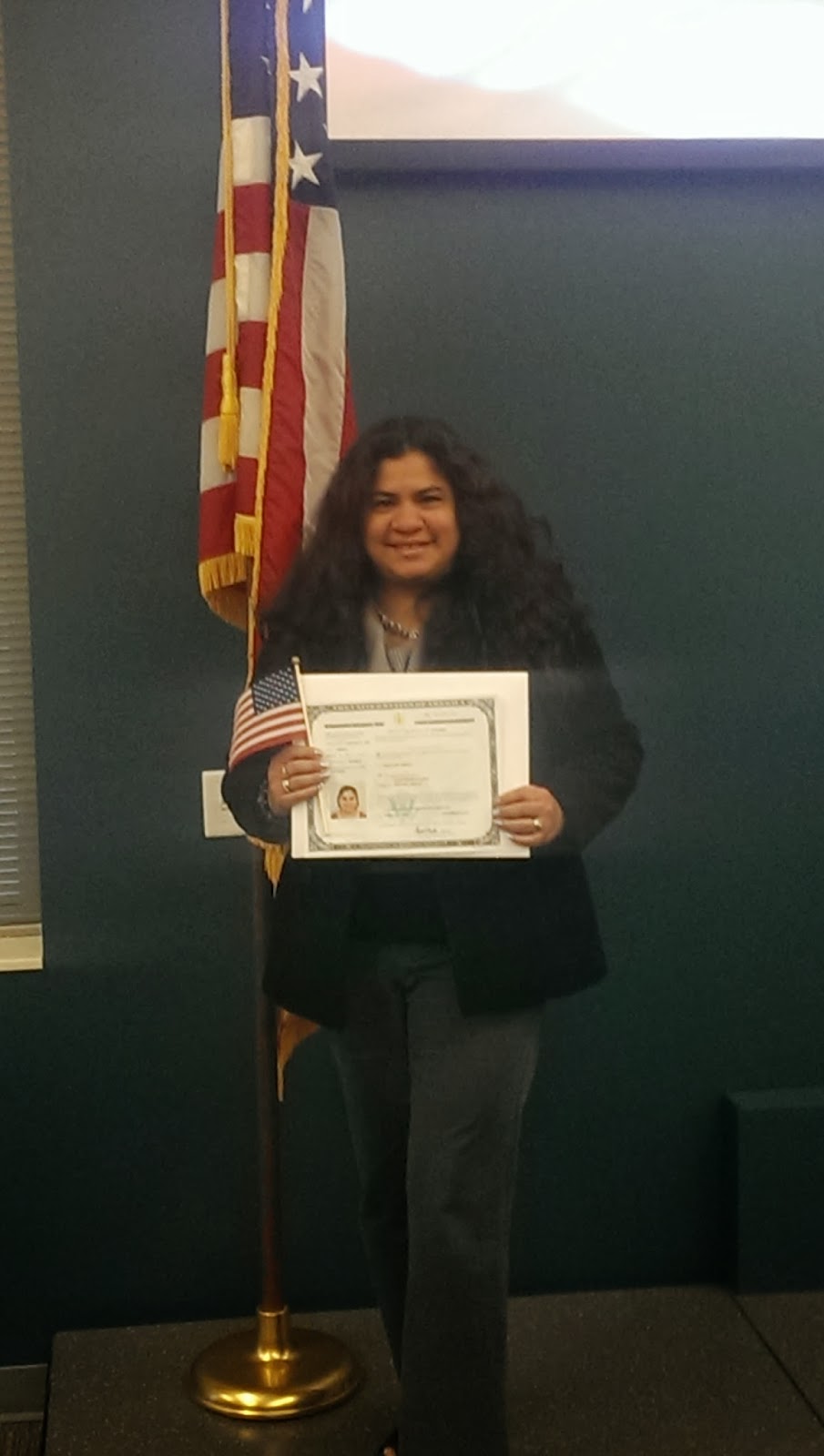 Yanina Flores made her first trip to America when she was just 12 years old. The CSC Head Start Classroom Aide visited the US on vacation with her family from her native Guayaquil, Ecuador. Little did she know that she would one day come here to stay, and become an American citizen.

Yanina headed back to the States when she was 20, teaching English as a second language classes in Los Angeles. She only planned to stay a year. And then life happened.

"I met Jerry, and my plans changed." said Yanina.

Jerry was a member of the Coast Guard. After they got married, Yanina adjusted to life as a military wife. "The hardest adjustment wasn't to American culture, it was to being a wife and mother and dealing with life with a spouse in the military." said Yanina.

Eventually Yanina and Jerry ended up in Oregon. A friend told Yanina about a job opening at Head Start in Lincoln City, and it seemed like a perfect fit with her teaching background. She was hired and started with CSC Head Start last September.

Yanina wears many hats in her work as a Classroom Aide with Head Start, going wherever she is needed - between two classrooms, the playground, the kitchen, and even the front desk. In just a few months, Yanina has become a much-valued member of the team at CSC Head Start in Lincoln City.

"Yanina is wonderful! She brings so much to us - a great spirit and presence, as well as lots of outrageously wonderful holiday decorations, like some big ghosts on Halloween." said Suzanne Miller, Director of Lincoln County Head Start.

Yanina began studying for her citizenship test last year. It was a challenge, learning a new language and a new history. Her first attempt at the test didn't go well. Like many of us, Yanina had some serious test anxiety.

"I studied so hard, but when I went in to take the test, I just blanked. And that made me more anxious, and it just went downhill." she said. 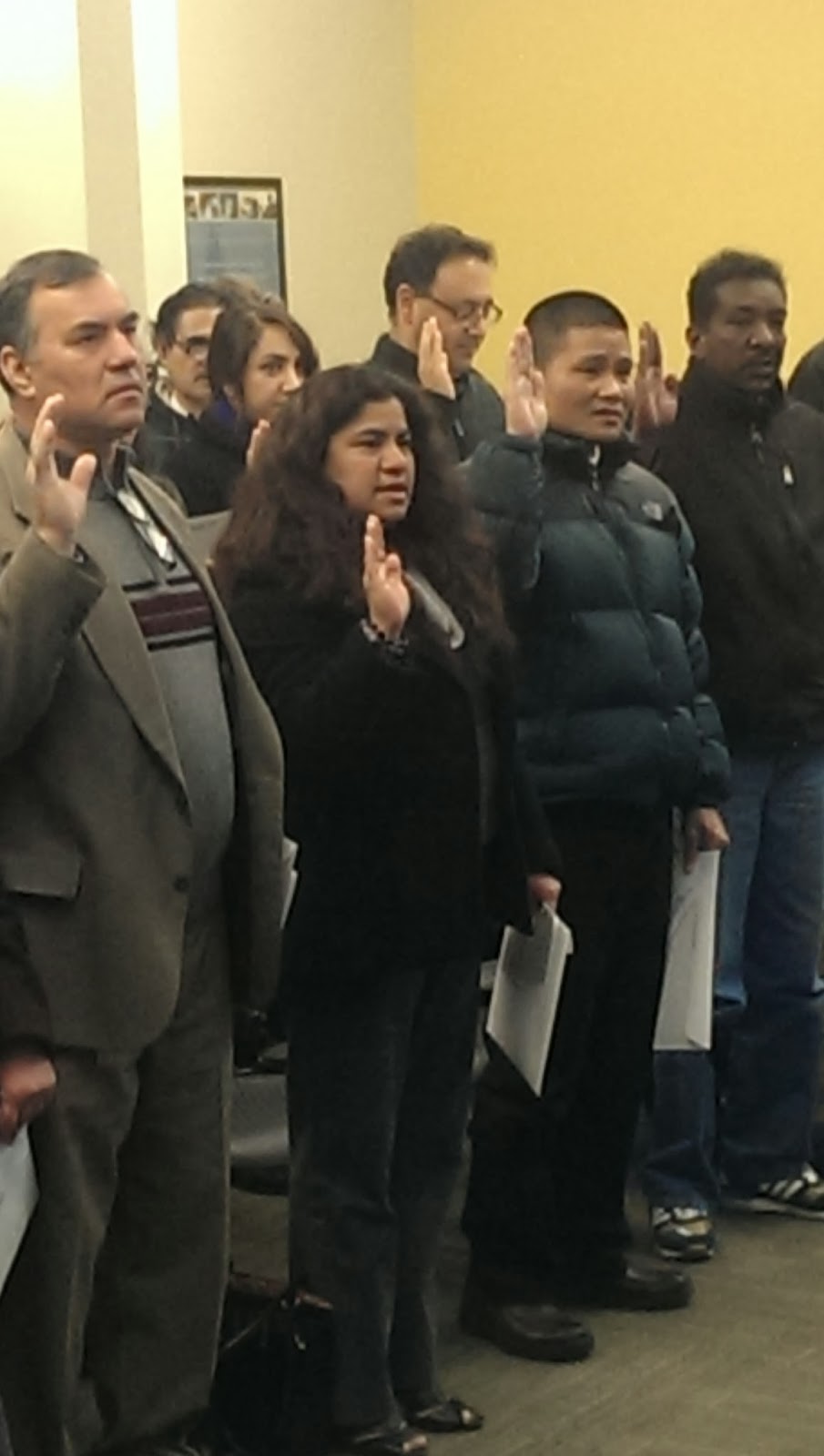 But Yanina was determined. She didn't give up, kept studying, and planned to take the test again. She headed to Portland with her husband and sons Jerry, 17, and David, 16 on December 7, in the midst of the winter storm that dumped 8 inches of snow. It took them hours to get to Portland.

But the long commute was well spent. Her sons quizzed her along the way, even offering mnemonics and other associations so she would remember the answers to the questions.

On December 8 at 7am, she took the test the second time, and it was a success. She was sworn in as a United States citizen at a ceremony later in the day.

We here at CSC are so proud of Yanina's determination and accomplishment, and so glad to have her working at CSC Head Start. Congratulations Yanina!

You can help Linn Benton Food Share earn donations just by shopping with your Fred Meyer rewards card! Fred Meyer is donating $2.5 million per year to non-profits in Alaska, Idaho, Oregon and Washington to charities designated by their customers. Here’s how the program works:
For more information, please visit www.fredmeyer.com/communityrewards.